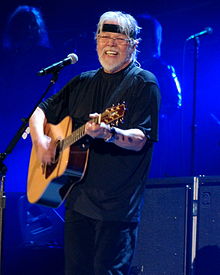 Bob Seger was inducted into the Rock and Roll Hall of Fame in 2004.

Written in 1968, this song marked a shift in Seger's political attitudes. In previous songs, Seger had mocked Vietnam War draft evaders, but as time progressed, he grew more and more opposed to the war. The song was a hit throughout the northwest but did not achieve national popularity.

Yes it's true I am a young man, but I'm old enough to kill I don't wanna kill nobody, but I must if you so will And if I raise my hand in question, you just say that I'm a fool Cause I got the gall to ask you, can you maybe change the rules Can you stand and call me upstart, ask what answer can I find I ain't sayin' I'm a genius, 2+2 is on my mind Well I knew a guy in high school, just an average friendly guy And he had himself a girlfriend and you made them say goodbye Now he's buried in the mud over foreign jungle land And his girl just sits and cries, she just doesn't understand So you say he died for freedom, well he died to save your lies Go ahead and call me yellow, 2+2 is on my mind All I know is that I'm young and your rules they are old If I've got to kill to live then there's something left untold I'm no statesman I'm no general, I'm no kid, I'll never be It's the rules not the soldier that I find the real enemy I'm no prophet, I'm no rebel, I'm just asking you why I just want a simple answer, why it is I've got to die I'm a simple minded guy, 2+2 is on my mind