The Ballad of Martin Luther King 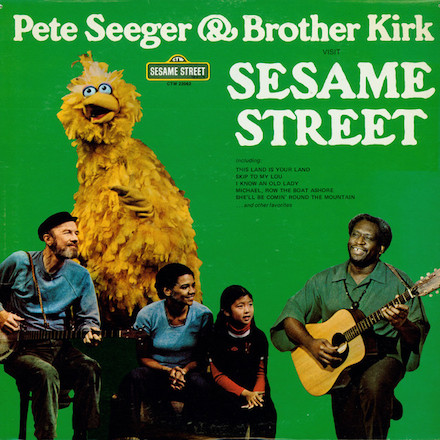 Disappointed by the dearth of books and music that taught children about the contributions African Americans, Brother Kirk decided to record this album in 1969. Joined by Pete Seeger on banjo and Jeanne Humphries on bass, the album praised the achievements of Black Americans, including Paul Robeson, Harriet Tubman, and Martin Luther King.

Come gather round me, people I got a song to sing About the life and legends of a man Called Martin Luther King Martin Luther King was born To a sharecropper’s son And all the bigots hated him He never owned a gun CHORUS: And I've been to the mountaintop Today I have a dream Don’t you ever forget The words of Martin Luther King At a bus line in Montgomery Had some folks sittin' in the back Wasn’t no coincidence That all these people were black Martin Luther King Put a boycott on that town He marched with our people He closed that bus line down CHORUS (TWICE) He preached to live non-violence Until his very end On a hotel balcony in Memphis Mankind lost its best friend He fought for human rights As he rode from town to town That's what he's done in Memphis Some sick man shot him down CHORUS (TWICE) Now, it's time for you to take a look At that mirror on that wall Did you pull that trigger? Were you there at all? And there's a sickness in this nation And it seems to be obviously clear Gonna kill a man with hate Because he would not die from fear CHORUS (TWICE)