The Temptation of Adam [live] 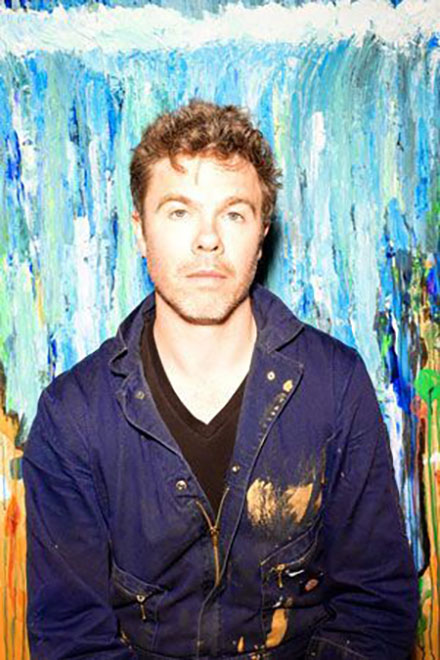 Josh Ritter is a songwriter from Moscow, Idaho. His latest album, Sermon On the Rocks, was released in 2015. He lives in Brooklyn.

I wrote “Temptation of Adam” during the W administration, in the midst of what seemed to me then to be the darkest days in American political history. Listening to this live version as I write, however, I'm struck by just how innocent it seems. Love is a powerful, powerful force in our human world. I hope and hope that it is strong enough to withstand all that we hurl against it.

If this was the cold war we could keep each other warm I said on the first occasion that I met Marie We were crawling through the hatch that was the missile silo door And I don't think that she really thought that much of me I never had to learn to love her like I learned to love the bomb She just came along and started to ignore me But as we waited for the big one and I started singing her my songs And I think she started feeling something for me We passed the time with crosswords that she thought to bring inside “What five letters spell apocalypse?”, she asked me I won her over saying WWIII Oh, we smiled and we both knew that she misjudged me Oh Marie, it was so easy to fall in love with you It felt almost like a home of sorts or something And you would keep the warhead missile silo good as new And I watched you with my thumb above the button Then one night you found me in my army issue cot And you told me of your flash of inspiration You said, "Fusion was the broken heart that's lonely's only thought" And all night long you drove me wild with your equations Oh Marie, do you remember all the time we used to take Making love and then ransack the rations I think about you leaving now in the avalanche cascades And my eyes get washed away in chain reactions Oh Marie, if you would stay and we could stick pins in the map Of all the places where you thought that love would be found And I would only need one pin to show where my love is at In a top secret location three hundred feet under the ground Oh, we could hold each other close, stay up every night Looking up into the dark like it's the night sky Pretend this giant missile is a old oak tree instead Carve our name in hearts into the warhead Oh Marie, there's something tells me things just won't work out above That our love would live a half life on the surface So at night while you are sleeping, I hold you closer just because As our time grows short I get a little nervous So I think about the big one, WWIII Would we ever really care, the world had ended? You could hold me here forever like you're holding me tonight I think about that big red button and I'm tempted -- Recorded and mixed by Dan Cardinal at the Somerville Theatre, Boston, MA Mastered by Jeff Lipton & Maria Rice at Peerless Mastering