I Didn't Raise My Boy to Be a Soldier 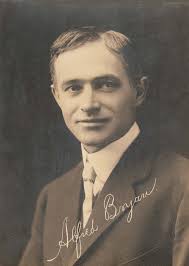 Alfred Bryan was a lyricist from Brantford, Ontario. Al Piantadosi (born John Alberto Joseph Piantadosi) was an American composer of popular music and a vaudeville pianist.

With lyrics by Alfred Bryan and a composition from Al Piantadosi, this song was a massive hit in 1915, selling over 650,000 copies. Considered one of the first anti-war songs, it helped catalyze the emerging Pacifist movement in the U.S. The song was highly controversial, and several pro-war writers modified and mocked the song, penning parodies such "I Didn't Raise My Boy to Be a Coward."

Verse 1 Ten million soldiers to the war have gone, Who may never return again. Ten million mother's hearts must break For the ones who died in vain. Head bowed down in sorrow In her lonely years, I heard a mother murmur thru' her tears: Chorus I didn't raise my boy to be a soldier, I brought him up to be my pride and joy. Who dares to place a musket on his shoulder, To shoot some other mother's darling boy? Let nations arbitrate their future troubles, It's time to lay the sword and gun away. There'd be no war today, If mothers all would say, "I didn't raise my boy to be a soldier." Verse 2 What victory can cheer a mother's heart, When she looks at her blighted home? What victory can bring her back All she cared to call her own? Let each mother answer In the years to be, Remember that my boy belongs to me! Repeat Chorus 2x