The Ghost of Tom Joad 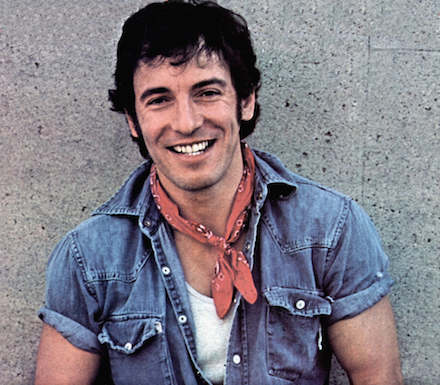 Bruce Springsteen is one of the world's best selling artists. In 2016, he was awarded the Presidential Medal of Freedom.

The title track from Springsteen's eleventh studio album, this song was inspired by Woody Guthrie's song, 'The Ballad of Tom Joad,' which was in turn inspired by John Steinbeck's classic novel, The Grapes of Wrath. Tom Joad is the protagonist of that book, and the third verse of Springsteen's song references the famous speech that Joad gives toward the end of the book, after he has avenged the murder of his friend, Jim Casy. Joad is preparing to go on the lam, but before he leaves, he says the following to his mother:

'Then it don’ matter. Then I’ll be all aroun’ in the dark. I’ll be ever’where — wherever you look. Wherever they’s a fight so hungry people can eat, I’ll be there. Wherever they’s a cop beatin’ up a guy, I’ll be there. If Casy knowed, why, I’ll be in the way guys yell when they’re mad an’ — I’ll be in the way kids laugh when they’re hungry an’ they know supper’s ready. An’ when our folks eat the stuff they raise an’ live in the houses they build — why, I’ll be there. See? God, I’m talkin’ like Casy. Comes of thinkin’ about him so much. Seems like I can see him sometimes.'