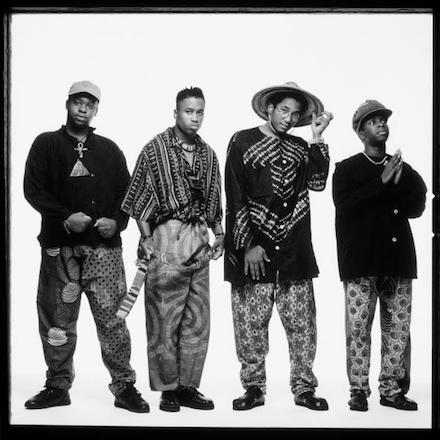 A Tribe Called Quest is a hip-hop group from Queens, New York. They are considered one of the pioneers of alternative rap.

This song was included on We got it from Here... Thank You 4 Your Service, A Tribe Called Quest's sixth album. The song features a verse from group member Phife Dawg, who died in March 2016, before the album's completion. Of the song, Q-Tip said, "We’re just lovely musicians and artists and that’s all we do, is speak and paint pictures and try to speak to a climate but hopefully we will call some sort of uprising internally in that young Jimmy Carter and that young Angela Davis. Hopefully we will, ‘cause that’s the type of thing we do. And that’s why 'We The People...’ is more of an encompassing and not just us—it’s all of us as people."